WHAT IS THE ALTERNATIVE PROTEIN CRAZE AND IS IT HERE TO LAST? 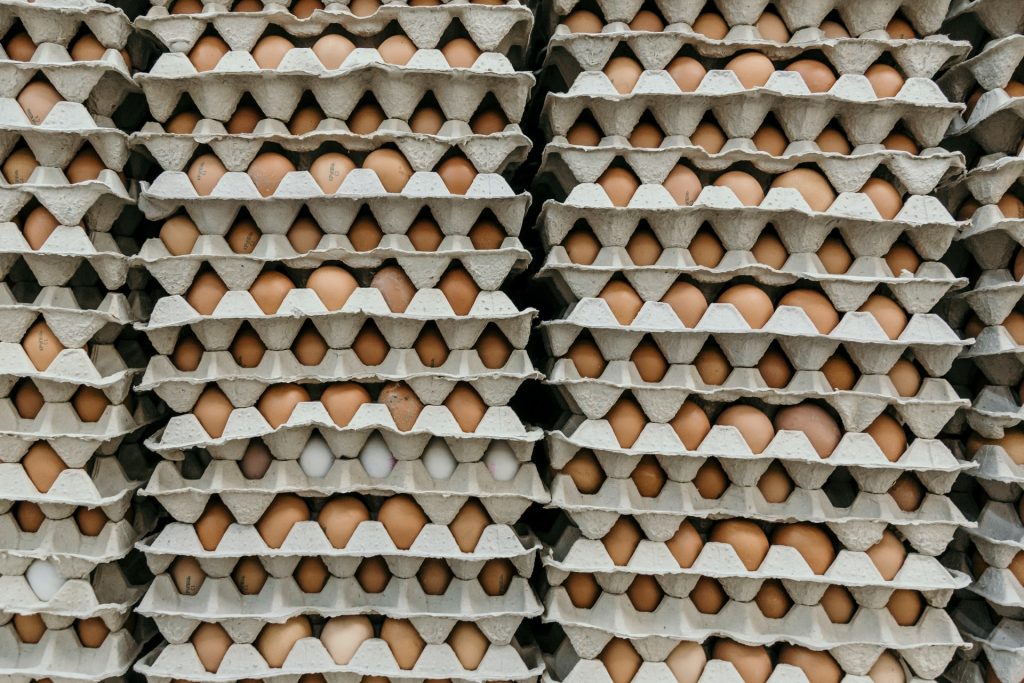 The Food and Agriculture Organization of the UN estimates that today’s global food systems account for more than one third of global greenhouse gas emissions. With population set to grow to over 9bn people by 2050 and an increasing demand for rich diets arises from developing nations, the UN anticipates food production must more than double to meet these needs. The planet simply cannot cope with this demand using traditional supply chains and innovation is desperately needed.

However, the general public is becoming increasingly aware of the connection between our eating habits and their subsequent impact on the health of our planet. As the direct links between meat consumption and deforestation, biodiversity loss and greenhouse gas emissions trickle into our collective consciousness, the demand for sustainable sources of protein and ‘flexitarian’ diets have risen in tandem.

Driven largely by earth conscious Gen Z and millennials, this growing trend of flexitarian diets represents a fundamental shift in consumer motivation to eat less meat. Unlike the health benefits or animal welfare claims previously used to encourage the swap from hamburger to kale salad, the new generation of alternative protein companies are targeting people who like meat, but just don’t like its negative impact on the environment. In essence, they want to be as ‘meaty’ as possible, simply without the real meat.

This, alongside megatrends including health, wellness and technological advancements, has set the stage for the alternative protein revolution as we know it today.

So How Does the ‘Sausage’ Get Made?

Today, there are three core methods for producing animal-free meat. While each method has different methodology, benefits and challenges, each represents an interesting investment opportunity for the future of protein.

Plant-based alternative protein is by far the most common form of non-animal protein.  This makes sense at it has the least amount of technological barriers or challenges. As consumers, we are also generally more aware of plant-based alternatives, especially with the recent explosion of plant-based milks. (Today, plant based milk accounts for over 15% of retail milk sales in the US and Oatly is a household name with a market cap of just under $5bn.) The plant-based milk market has largely paved the way for the plant-based meat market, which represents a smaller (2.7%) but growing percentage of retail packaged meat in the US.

In fact, from 2019 to 2020 alone, the plant-based meat market grew by more than $430mn in sales reaching a market value of $1.4bn.  While this is still small in relative terms, research suggests that plant-based food grew 2.5x faster than total food sales from 2018-2020 and this is a trend that is expected to continue. For example, Impossible Foods and Beyond Meat are emblems of a new wave of plant-based protein.  Both companies are on a mission to create the most realistic plant-based meat alternatives possible and with both companies achieving unicorn status, it seems consumers are biting!

The second, much more technologically advanced pathway to creating slaughter-free animal protein is via lab-grown or cell-based production.  This process involves cultivating a real animal cell-line where the cells are grown in bioreactors in a nutrient-rich environment that can either result in the form of unstructured (think ground beef) or structured format (think filet steak).  The clear differentiator compared to plant-based protein is that cultivated protein is identical to conventional meat at the cellular level, and therefore offers similar nutrient profiles, taste, texture and mouth feel (Mouth feel is a technical term for the sensation created in one’s mouth).

Since the first cell-grown burger was unveiled back in 2013 by Dutch professor Mark Post at the whopping cost of nearly €250,000, there has been tremendous advancement in the field with dozens of companies hustling to prove: Cell-grown meat can be produced at scale and at an affordable (or at least premium) price. Dozens of companies are pursuing this goal with cultivated meat companies raising over $366mn in 2020 – nearly 6x more than in 2019. As cultivated meat producers push towards the goal of price parity, the regulatory landscape has also evolved. Singapore recently became the first country to introduce legislation allowing the sale of cultivated proteins opening the door for JUST to become the first company in the world to sell cell-based chicken to consumers in December 2020.  The USDA is already in talks regarding the regulation of cell-based meat in the USA, with San Diego cell-based seafood leader BlueNalu working closely with regulators on topics such as labeling and naming conventions.  (We are investors into BlueNalu which you can read more about here).

While we might be several years out from achieving true market adoption of cell-grown meat, there is no doubt strong enthusiasm. Today’s technological advancements suggest that meat-free meat is closer to reality than science-fiction. (And although the vernacular might need some fine tuning from a branding perspective, we suggest that skeptics of ‘lab grown’ meat take a look inside an industrial slaughter house to decide which production method seems more appetizing!).

While fermentation is a centuries old process often associated with beer and cheese, precision fermentation is a technology-enabled process whereby microorganisms are programmed to create a specific functional ingredients such as a protein, enzyme, vitamin or so on.  Today, this is how insulin for diabetic patients is produced, but it could also be used to produce a host of other animal proteins.  As companies utilizing precision fermentation grow, we see this as being a crucial stepping stone in the mass adoption of alterative proteins. Today, the EVERY Company (a QCV Portfolio Company) is leading the way in precision fermentation and just launched the world’s first animal free egg protein with mass application across industries. While most players in the alternative protein space are developing consumer-facing brands, the EVERY Company stands out in its B2B strategic approach, which can completely disrupt traditional ingredient and food supply chains.

With megatrends supporting the rise of alternative proteins, we are confident that this is not a passing trend but instead, the beginning of a significant and long-term disruption of our current food systems. We have already invested into leading players in the space including Blue Nalu and EVERY, and are excited to ride the wave of the protein revolution.