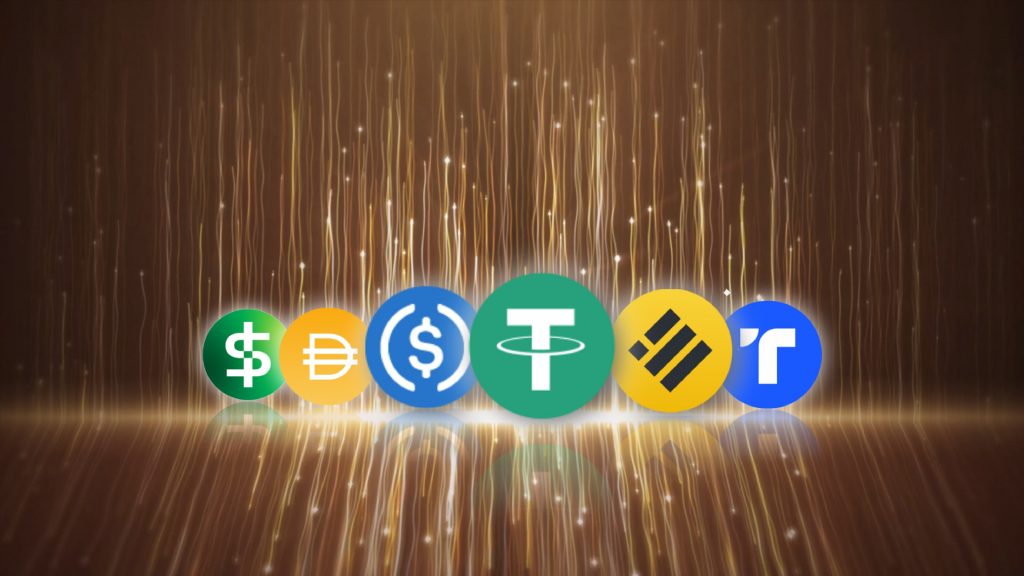 Raised and praised as an alternative form of money, cryptocurrencies and especially Bitcoin have been experiencing roller coaster like price developments. They have exhibited excessive price volatility, a chief obstacle preventing the adoption of cryptocurrencies as a means of payment for goods and services. But suddenly, this problem seems to have been solved. It was a brilliant idea back in 2014 to peg a cryptocurrency to a trusted real-world national currency such as the US dollar at a one-to-one ratio. These price-stable cryptocurrencies, aka stablecoins, have been invented to substantially minimize the exchange risk of cryptocurrencies to real-world fiat. Since then, there have been several successful stablecoin projects, but on the flipside, at least as many which failed, eroding millions of dollars and leaving bona fide investors back with nothing. And lately, the crackdown of a multi-billion-dollar heavy stablecoin called TerraUSD ignited a stablecoin sell-off, which raises the question of the true stability of (un)stable stablecoins.

By definition, stablecoins are a class of cryptocurrencies which offer price stability through a peg to an underlying asset, which is in most cases the US dollar or other major national currencies. Sometimes, stablecoins are also pegged to commodities such as gold. Price stability relates to the purchasing power and the predictability of the stablecoin’s price. Stable in that sense means that the stablecoin can buy roughly the same amount of goods and services from one day to the next and/or is easily predictable with respect to price outputs. In addition to that, stablecoins may rightfully be referred to as digital money, since they fulfill the traditional functions of money: medium of exchange, measure of value, standard of deferred payment and store of value. Other cryptocurrencies usually violate the store of value function since their value does not remain stable over time. However, the store of value function should not be confused with the value of an asset itself. Arguably, Bitcoin has value due to its scarcity, decentralization, technology, and so on.

Fiat-collateralized stablecoins are issued by a centralized entity which collects cash and stores cash or short-term cash equivalents as reserves to back the minted stablecoins at a one-to-one ratio. This means for each invested US dollar the issuing entity creates a stablecoin which circulates freely in the crypto ecosystem until a stablecoin holder redeems it at the issuing entity. The centralized issuing power is similar to the FED’s monopoly of printing US dollars and investors simply have to trust the issuing entity to store the reserves properly, which means, keeping the cash in their bank account rather than undertaking risky investments. The biggest fiat-collateralized stablecoins are Tether (USDT), USD Coin (USDC) and Binance USD (BUSD), far beyond TrueUSD (TUSD), Pax Dollar (USDP) and Gemini Dollar (GUSD).

On the free market, nobody can just decide that the price of a stablecoin is exactly USD 1 at any time. The market price of any asset, both cryptocurrencies and traditional assets such as stocks, gold, currencies or commodities, is determined by matching supply and demand. Depending on the type of stablecoin, different matching mechanisms are used to keep its price stable, but in general it is arbitrageurs who exploit market mispricing in either direction which moves prices back to its natural peg.

Fiat-collateralized stablecoins hold their value at around USD 1 because the underlying asset is worth around USD 1. Some call this a natural self-pricing mechanism. Imagine there is a demand shock – massive demand and only little supply – which drives the price of such a stablecoin up to USD 1.10. In contrast, the value of the reserve is still USD 1, since it just sits as cash in the issuers bank account. A classical arbitrage opportunity: two different prices for the “same” underlying. Arbitrageurs would immediately exploit this situation, starting to sell the stablecoin which increases supply to match demand and the price will eventually balance out at around USD 1 and vice versa.

Since algorithmic stablecoins are not collateralized, the argument that reserves back the self-pricing mechanism cannot be used. Instead, price stability of non-collateralized stablecoins is achieved from algorithms and smart contracts that regulate supply and demand. In other words, a set of code instructs the process to create or destroy such stablecoins in order to match supply and demand. Non-collateralized stablecoins typically rely on other cryptocurrencies (but are not backed by them), in the sense that behind the relationship is an arbitrage opportunity that presents itself every time the stablecoin loses its peg in either direction.

So, now that we know what stablecoins are and how each type tries to keep its price stable, we can question their stability. Tether for example is the untouched leader of stablecoins with a market cap of USD 66B at the time of writing. As a fiat-collateralized stablecoin, Tether issues a digital representation of a dollar for each dollar they receive in their bank account. So far so good, but what if Tether decides to use these dollars for some unlawful transactions instead of simply keeping them in their bank account? For example, Tether’s executives have been accused using Tether funds to cover a USD 850M loss of Bitfinex, a crypto exchange that is run by the same executives as Tether. Thus, if such transactions go wrong and the value of the underlying reserves falls below the outstanding amount of stablecoins, Tether would simply be unable to satisfy all redemption requests: Tether has been criticized for a lack of transparent business operations, market manipulation, issuance without reserves, not being backed by US dollars and other accusations. To date, Tether settled a long-running legal dispute with the New York General Attorney by paying USD 18.5M over the allegations mentioned above (covering up USD 850M in Bitfinex losses) and was fined by the Commodity Futures Trading Commission with USD 41M over claims that Tether was fully backed by US dollars. Despite the controversy around Tether, it is the most popular stablecoin out there and is sometimes said to be “too big to fail”.

And then there was the recent collapse of the Terra ecosystem which dragged its stablecoin TerraUSD (UST) and its related cryptocurrency Terra Luna (LUNA) down to almost zero, wiping out USD 40B of market capitalization in a matter of days. On May 7 2022, UST began to depeg from its USD 1 target due to large-volume withdrawals from Terra’s largest DeFi protocol Anchor. These had a domino effect on the UST pool on another DeFi platform called Curve, the main hub for stablecoin liquidity. Supply overflowed the market, instability of the algorithmic system and investor fear further boosted withdrawals. Eventually, UST and LUNA became victim of a massive supply shock which led to the collapse of the entire ecosystem. Some blame the events on a coordinated attack, others believe it was a series of panic-driven withdrawals, but in the end, the crash left millions of investors behind with nothing. Unfortunately, a prime example of (un)stable stablecoins.

Out of those, USDC is a prime example for transparent business operations due to its monthly attestations on the US dollar reserves that back the USDC stablecoins in circulation. Consequently, centralized regulations for centralized fiat-collateralized stablecoins would be beneficial to the entire ecosystem since it increases overall market stability and decreases the potential risk of a stablecoin crash due to undisclosed or underfunded reserves.